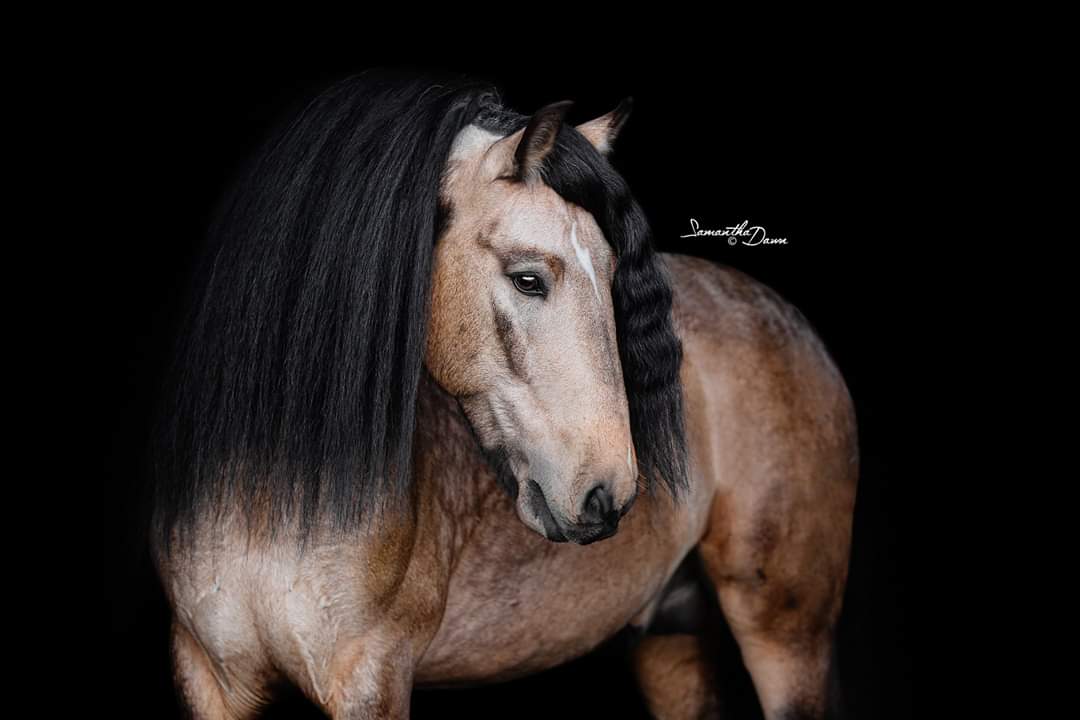 Foaled in 2011 our fabulous sweetheart Buckskin Gypsy Vanner Stallion Dakota Spirit Ori aka “Dakota” or “Ori” is a perfect example of a Gypsy horse! Starting with Temperament he checks all the boxes!!!

He is out of the fabulous mare  Saoirse (bred by Clononeen Farms imported by Desert Jewel), by the hansom palomino stallion Fortune of Desert Jewel (bred by Coates Farms in England). This amazing stallion continues to amaze us every year!! Starting in 2016, when he earned 3 National Championship Titles as a Walk, Jog Lope Performance horse. Placing first in Western Pleasure, Ranch Riding and Trail, at the Feathered Horse Classic show and Gypsy Vanner Horse Society National Championships!

He went on to earn his Gold Medallions in both English and Western riding with a 4 Star conformation (77.5 just shy of 5 stars as a 4 yr old), he will test for his Gold Medallion in Driving in the next season to complete his Versatility Medallion Of Honor with GVHS.

In 2020 he was earned many top placings including Reserve Grand Champion Stallion, Reserve Grand Champion Walk, Jog, Lope Performance horse in Open and Armature shows and High Points Walk, Jog, Lope Performance Horse. With these added points he has earned his place in the GVHS Legion of Honor!!  In addition to driving we plan to expand his Dressage career in 2021, as he has been scoring in the upper 60's and lower 70's on first his Traditional and Western dressage tests!!

He is standing to the public for approved mares. 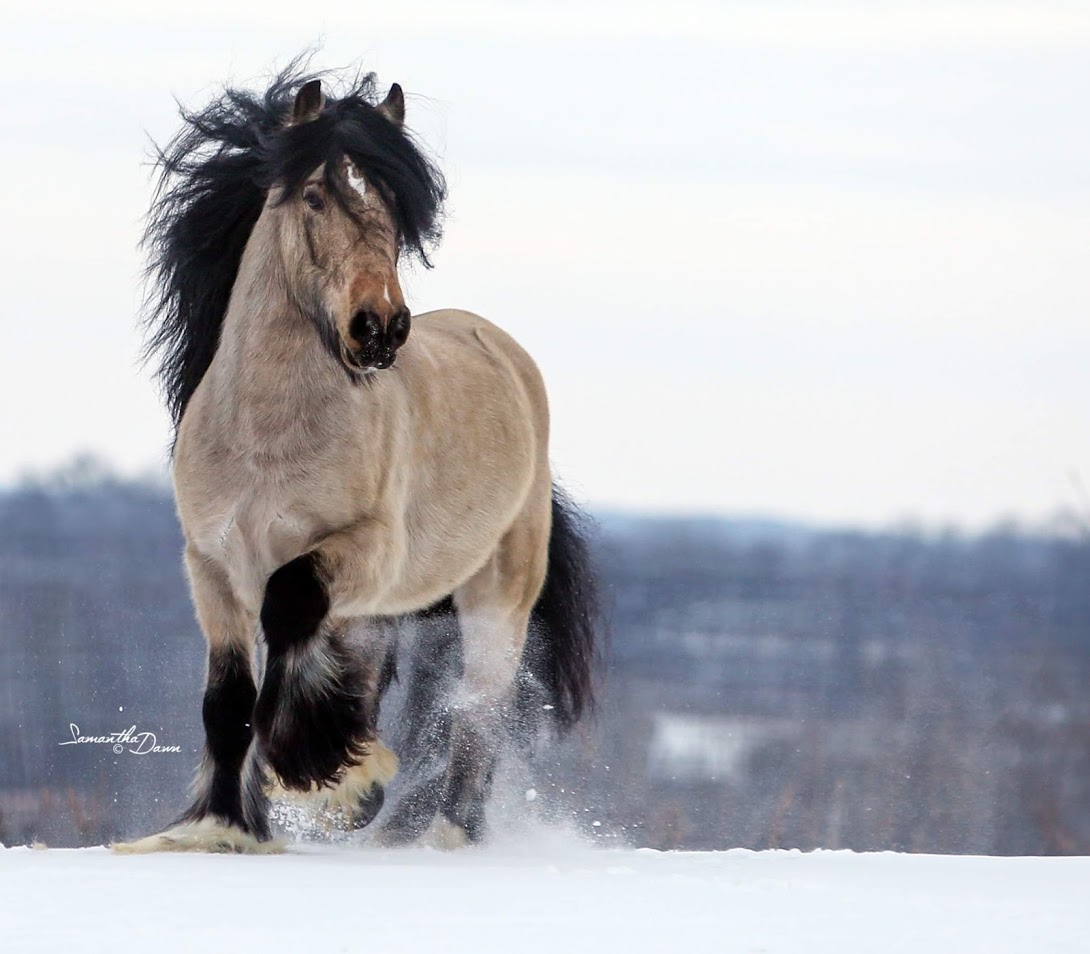 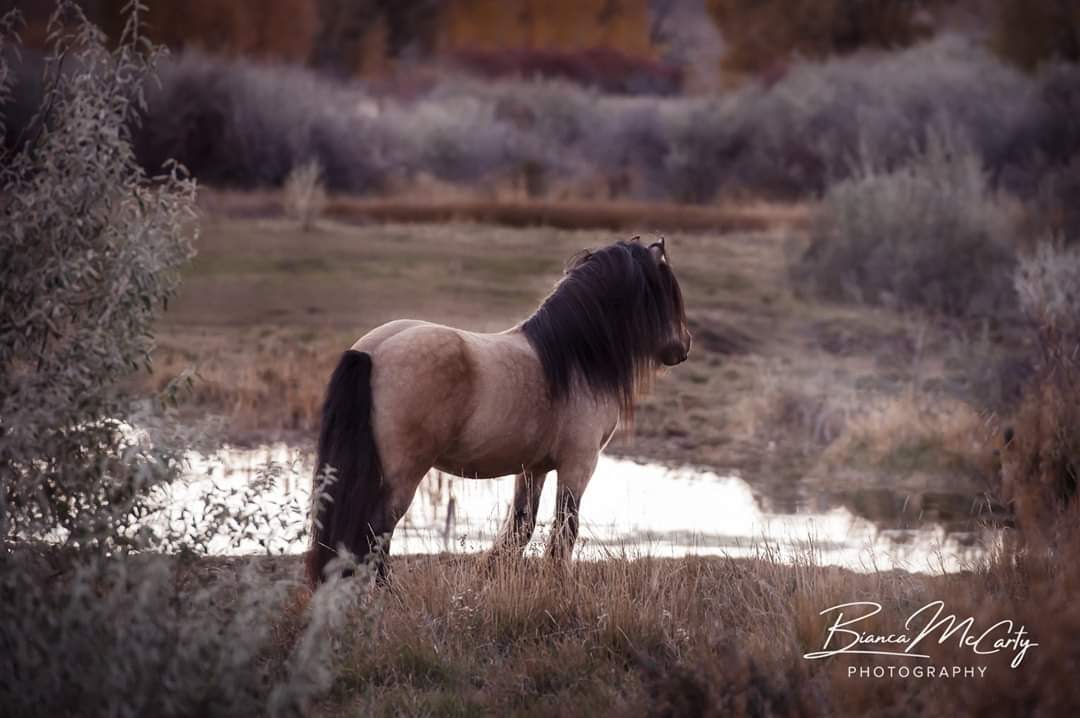 Dakota is standing at stud at May Day Acres, we offered limited live cover and can ship cooled or frozen semen, please contact us for details and breeding contracts.